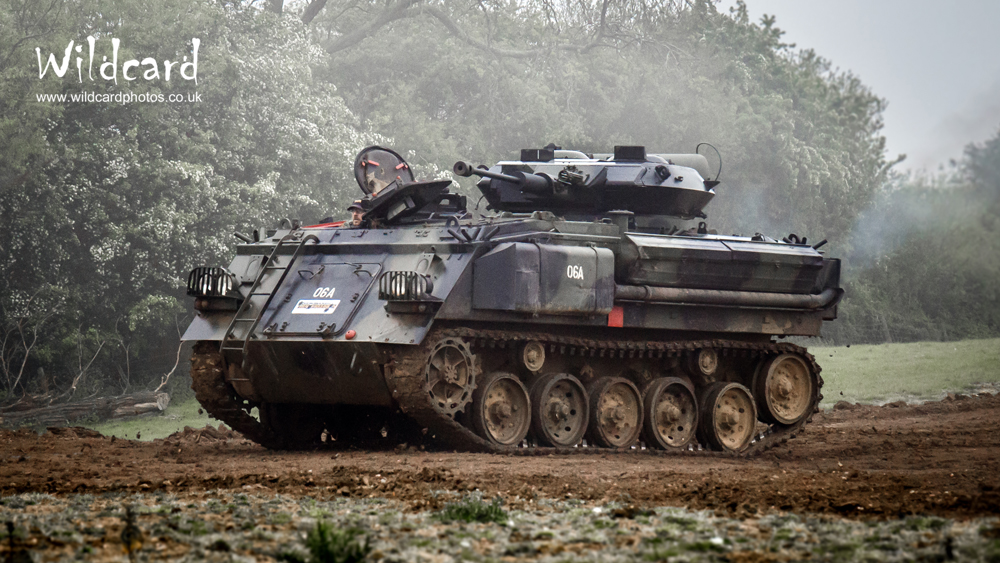 What a great day we had recently on our Military Vehicles Photography Activity Day at Armourgeddon on the Northamptonshire / Leicestershire border.

We ran this day on a Friday to ensure that we had exclusive use of the venue, other than a film crew that arrived in the afternoon to film a section for the TV show ‘Don’t Tell The Bride’.

We arrived early to find a very grey and slightly drizzly morning that threatened to scupper our plans but as recce’d the site with instructor Dave a new plan emerged.

The drizzle dried up and left us with a murky and misty environment that could actually look good for re-creating some Cold War feeling images using the ‘Berlin Special’ FV432 vehicle we were going to be taking pictures of. So having identified some great shooting locations we returned to base to meet the delegates and grab a quick cuppa.

Formalities out of the way we kitted up and headed outside for our first special session of the day. Dave would drive the FV432 while we took photos of the various manoeuvres. Normally the public are not allowed onto the vehicle track but Wildcards Senior and Junior herded the delegates around as necessary to ensure that no one ventured into an unsafe shooting location and we were also in contact with Dave via radio to direct his movements.

We managed to grab some fab pics during the session that later benefitted further from some image processing to reduce saturation, boost contrast and make them even more gritty. 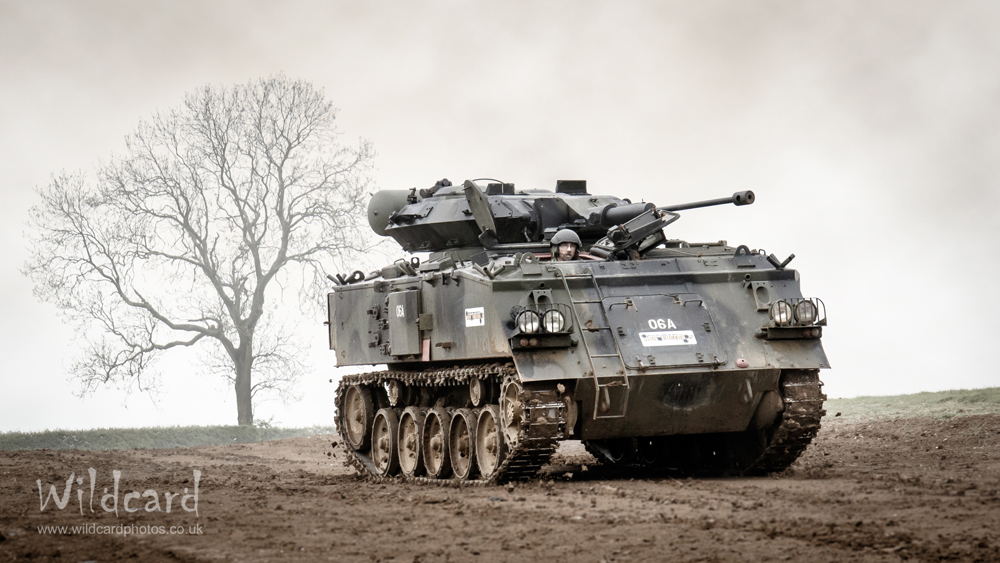 Having got our boots muddy across the track, we figured we might as well stay outside and enjoy our second special session of the day. This is where we got to actually drive one of the vehicles we had just been taking pictures of!

We got kitted up with overalls (actually old NBC suits) and helmets and then split into two groups before being led to our vehicle and a safety briefing by the instructors.

One delegate would sit in the driver’s seat, with the instructor in another seat behind and then two delegates could go up in the turret with another up to two within the belly of the beast below.

It was amazing just how cramped these vehicles are and it was very difficult moving around as we all swapped locations to take our turn. Thank goodness for the helmets as there were more than a few bumps on the head! It brought a new found admiration for those that have to use these vehicles in all conditions and especially in a hostile environment.

Once in the driver’s seat the controls fell easily to hand. A foot pedal as a throttle and then two hand operated tiller brakes to slow the tracks on each side of the vehicle. It was surprising just how much force was required to pull the brakes and turn the vehicle. 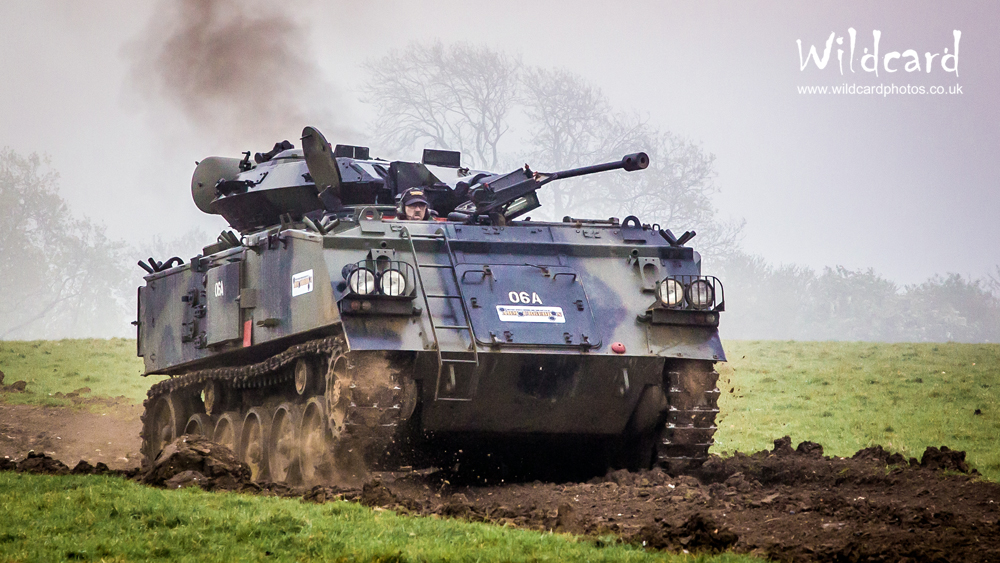 We completed two laps each of the track. The first ‘head up’ through the top of the vehicle and then the seat was dropped and the hatch shut above us for the ‘hatch down’ experience. Driving the vehicle whilst only looking forwards through a tiny slit with no peripheral vision was certainly a challenge but nothing compared to what lie in store for two lucky participants who, once having completed all the laps, had to reverse park the tanks into spaces between a line a line of similar vehicles. 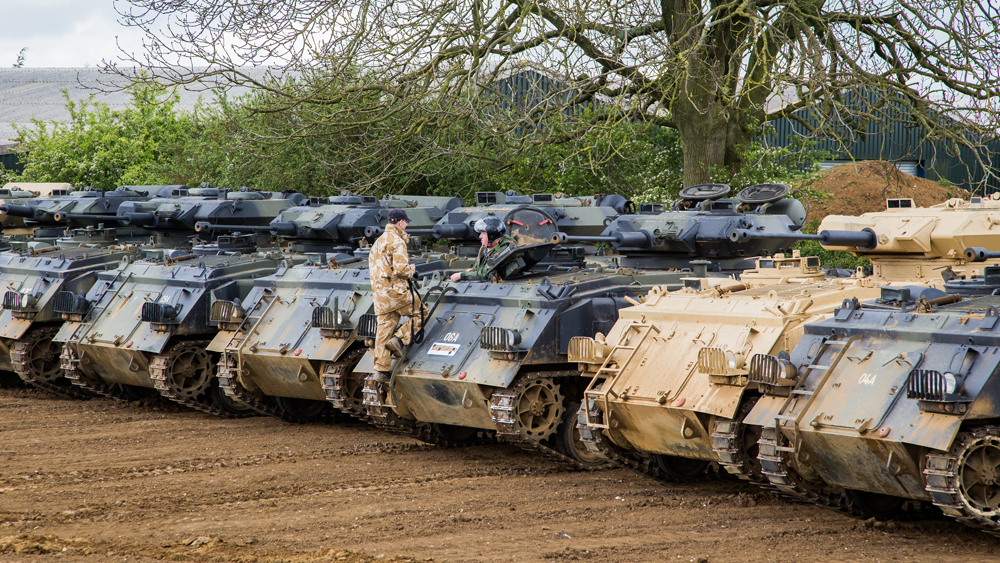 Only being able to see forwards and with no mirrors or windows this seemed like an impossible mission but thankfully the instructors’ voices came through the headphones to direct us: “Left a bit, back a bit, stop.” It was just a case of trying to follow the instructions and having faith that they knew what they were doing. Luckily all went well and our two vehicles were neatly returned to their parking spaces.

Driving the vehicles was a fab experience and really added to our understanding of the subjects. 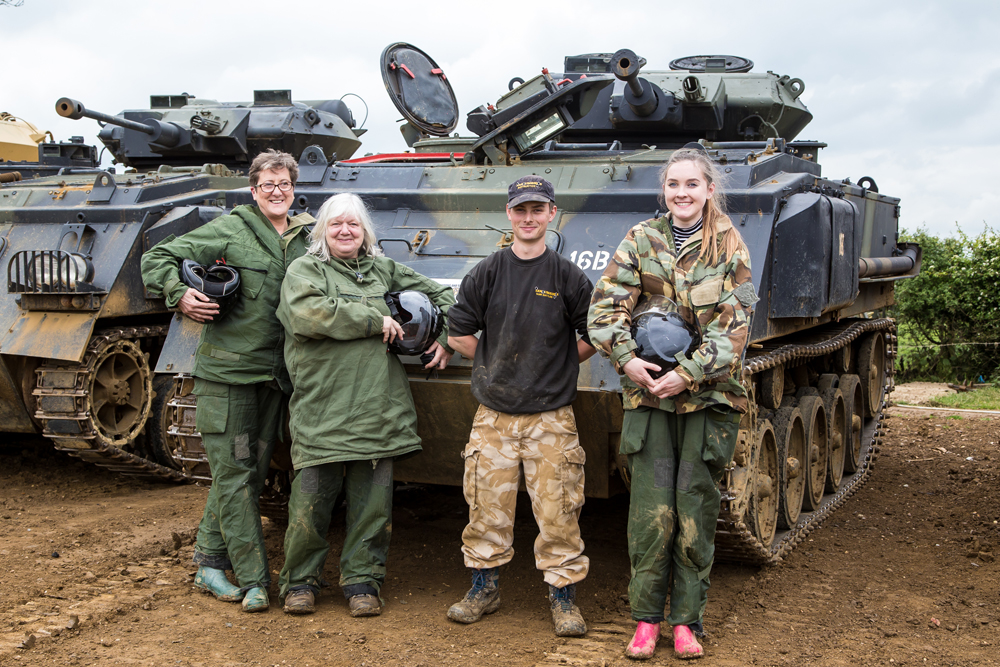 Once de-kitted and back in the main building we settled down to a fab lunch of sandwiches, rolls, etc.

After lunch, Dave gave us a guided tour of the museum at Armourgeddon which houses a number of World War Two and Cold War era vehicles and paraphernalia, giving us a great talk on the various exhibits and historical context. We were then free to explore the museum at our own pace and take pictures of the various exhibits. Museums are often challenging environments in which to photograph and inevitably this was no exception. However, on this occasion we had the great benefit of exclusive access so we didn’t have any public in our shots.  We had the opportunity to get some close up details and vehicle interiors but getting shots of whole vehicles proved a bit more difficult as there would be other items in the background. The solution we found was to use flash. Setting a manual exposure on the camera meant that we could kill the ambient light (making the background black) and then re-introduce light only where we wanted it (ie on our subject vehicle) using flash. 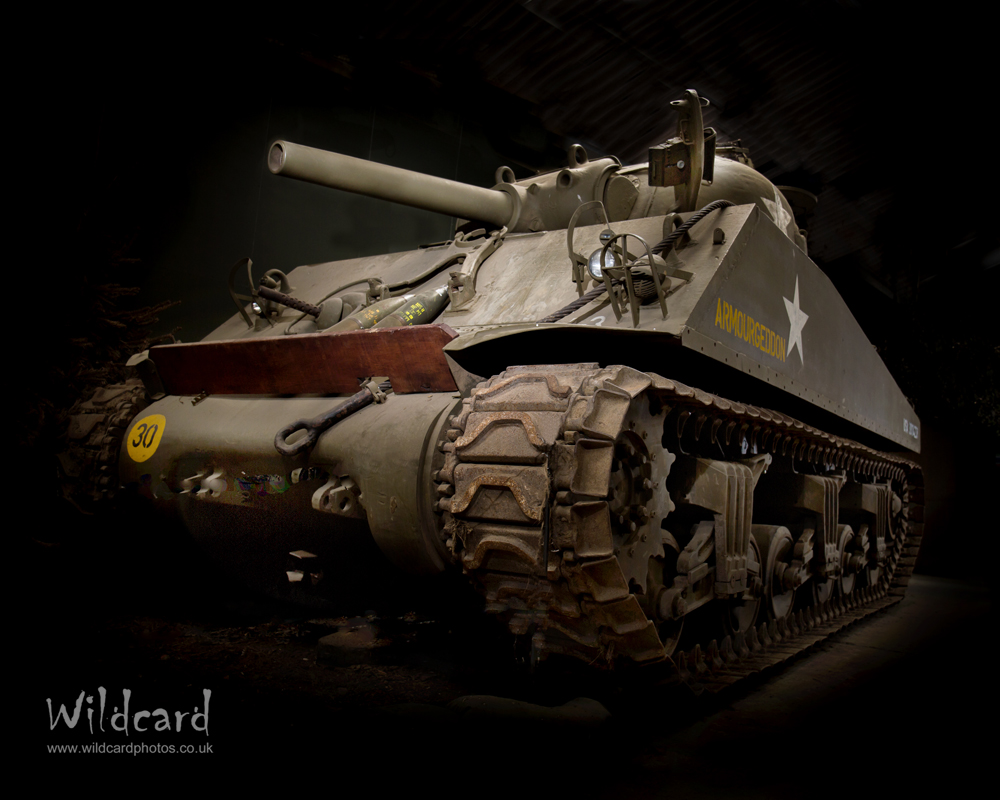 Whilst we were shooting ourselves throughout the day, we were of course on hand to guide delegates throughout should they need any advice on camera settings. This was a very different photographic day for us and one we certainly enjoyed. We hope to return again for more days like this so please keep an eye on our available workshops and hopefully you can join us next time.